In the video we see the students of the 2nd year of ESO that study in the bilingual section. The teacher asked them to introduce themselves and tell us about their families, interests and hobbies.

The bilingual groups of the school have participated in the performance of "The Red Pearl", a story directed by Alan Kennedy. 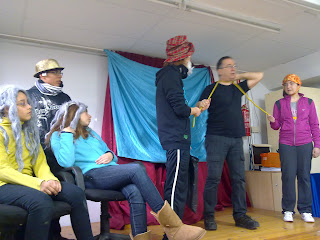 To perform any of his stories the director always asks the students for some help and in this story 5 students were needed: 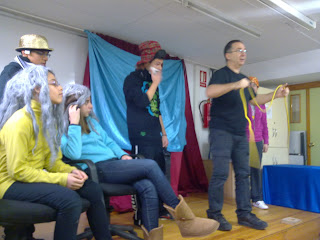 - one character is a rich man that gets his money from stealing. He is so rich that he wears a gold hat. 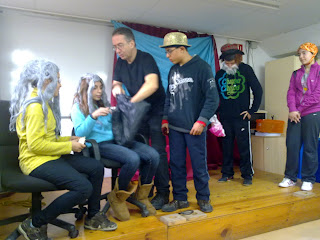 - a second character is an old man who is a hard worker and knows where the good oysters are in the sea. In the photo he wears a white beard.
- a third character is a lady who helps the old man when he goes to work
- the other two characters are two ladies from the village that love gossiping and they adore the rich man. We see the three of them in this picture. 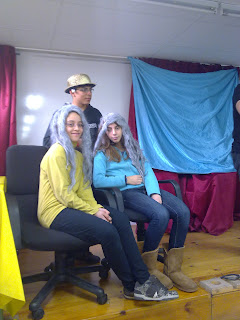 All the students had a great time and they managed quite well with their English.
It was a good oportunity to practice English in a different environment.